Silver Threads Service 2022-2023 Board of Directors

The Volunteer Board of Directors provide direction and oversight to the organization by ensuring the goals of the Strategic Plan are implemented and attained. The Board protects the organization by following the Constitution and Bylaws and ensuring that the Society always acts within all applicable statutes and laws of British Columbia and Canada. 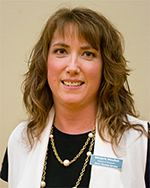 Dr. Marjorie Moulton has been a resident of Victoria, BC in Canada since 1990. She began her career in allopathic medicine and psychology in 1989. A graduate of the International College of Traditional Chinese Medicine, Dr. Moulton, earned her doctorate in Oriental Medicine and ran a successful private acupuncture practice in Victoria for 12 years. She was also an instructor at the Oshio College of Acupuncture and Herbology for 2 years.

During her career, Dr. Moulton has become well known for having been a personal caregiver to family members, working professionally with hundreds of family, friend, and professional care partners as well as lending her expertise to researchers, policy makers and technology developers. She is recognized in the older adult care field as an educator, innovator and passionate advocate of caring, especially for people with dementia. 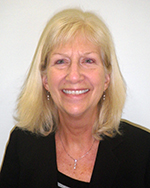 Kerri is the principal at Kerri Gibson Inc. and has been a practicing Chartered Professional Accountant since 1988. For Silver Threads Service she was the Manager of the engagement at KPMG and then later the Partner in charge of the file Mann Moulson & Co until 2016. Kerri has been on other Charitable Boards in the City such as Victoria AM Society, Habitat for Humanity, The Prostate Centre, has worked ad hoc with other charities and has volunteered as a mentor for new CPA’s starting their own Public Practice firm and MBA students at the University of Victoria.

Kerri’s professional life has been working with small business owners and non-profits.

Silver Threads Service has always had a special place in Kerri’s heart and she is very proud to be working with Tracy and her team. 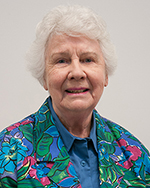 Margaret is retired having spent 37 years employed in Financial Accounting and Administrative positions, and has served for 20 years on various Boards in roles that include Treasurer, President, Safety Security, and Secretary. Her expertise is enhanced through working for a large local social service non-profit Society with multiple complex programs for housing, shelters that served youth and seniors; previous government social programs, and large manufacturing companies. She has keen interest in social concerns, mental health and the work of charitable organizations.

Margaret is a Canadian citizen born, raised and educated in the Vancouver area, lived in the United States for 22 years where she raised her family, and loves Victoria as being home for over 35 years. 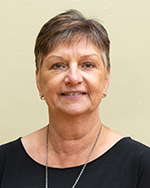 Kim grew up in Regina, Saskatchewan and started her nursing education and career there. In 1984 she moved to Victoria where she has worked as a Nurse Administrator and Educator, primarily in non-profit Community based agencies. Kim is currently working as the Director of Community Relations with Qualicare Home Care.

Kim’s favorite things to do are to spend time with her family(in particular her two grandsons), yoga, gardening, reading and learning. 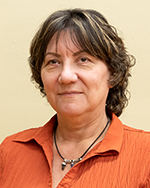 Twyla grew up in a small town in the Interior of B.C., but her adventures have taken her across Canada and the eastern US. A graduate of McGill University, her nursing career led her to The Johns Hopkins Hospital in Baltimore Maryland, and to Health Departments in both New York and Maryland State.

In her role as a Public Health Nurse, she visited clients in the community, covering multiple programs, eventually working her way up to Director of Clinical Services for the Howard County Health Department just outside Washington DC. After 9/11, Twyla received multiple trainings in Emergency Preparedness and was involved in the planning and operations of one of the largest drive-thru immunization clinics in the United States, which immunized over 4,000 people in 4 hours and coordinated staff from the Health Department, Public Works, and Emergency Services. In 2009, Twyla returned home to B.C., settling in Victoria where she is the Director of Operations at Pacific Coast Health Services.

Twyla’s professional and personal experience with trauma has also motivated her to also become an IHA Certified Hypnotherapist, so she could help others overcome their trauma and anxiety. 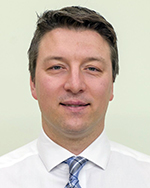 Shawn is a principal at Collins Barrow Victoria and been a practicing Chartered Professional Accountant since 2005. His clients include local small to medium-sized entities in both the private sector and not-for-profit organizations. He has a large amount of assurance experience on both small to medium-sized for profit entities, local government and on not-for-profit entities. A third-generation Victorian, Shawn enjoys working with locally based entities that provide the backbone of the capital city.

Shawn’s professional education builds on a degree in Hispanic studies which helped him to become fluent in Spanish, he then obtained a Masters degree in Professional Accounting that prepared him for his CPA, CA.

Shawn enjoys reading, cycling and spending time with his wife and their boys Santiago and Samuel 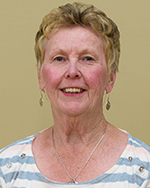 Gail moved to Victoria in 2008 after a 30 year career in education in Ontario. Gail’s experience included classroom secondary school teacher, Assistant to Superintendent, Vice Principal and Principal. Gail also worked for the Ministry of Education assessing student learning in language and math.

Since living here on the West Coast, Gail has been a Director of Operations for a large non-profit serving the homeless population, Interim Executive Director of Together Against Poverty Society and, most recently, Executive Director of Saanich Volunteer Services Society. Gail has served on the board of the Compost Education Society here in Victoria and Big Brothers and Sisters in Ontario.

Currently, Gail is an associate faculty member at Royal Roads University teaching in the Master of Educational Leadership and Management program on line.

Gail enjoys skiing during our brief winter, gardening year round, fishing, reading and spending as much time as possible with her 8 grandchildren and semi-retired husband, Doug.